DATE 26th
PLACE Switzerland
We arose early & after breakfast we went by bus through the Black forest which is in Germany. We saw a great part of it & it was very stupendous. Had lunch on the Rhine Falls & I have never eaten which such a gorgeous view before me before. Going through Zurich & past the Lake Zug we arrived at Lucerne in time for me to have a swim. we went to see the Lion of Lucern by light & it is far more beautiful than I expected. 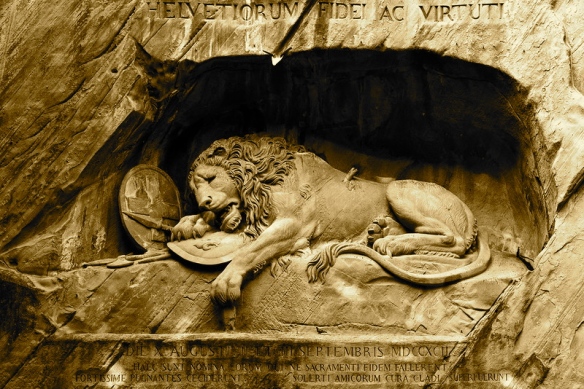 DATE July 27th
PLACE Lucerne, Switzerland
We had the whole day free & I went to get some movies with my camera. Went swimming & enjoyed it ever so much. Our hotel the Palace was one of the 3 best in the city. Tonight we went to a real Swiss Theatre where there was much yoodiling [1] & singing it was fine. Never saw such beautiful shops in my life. 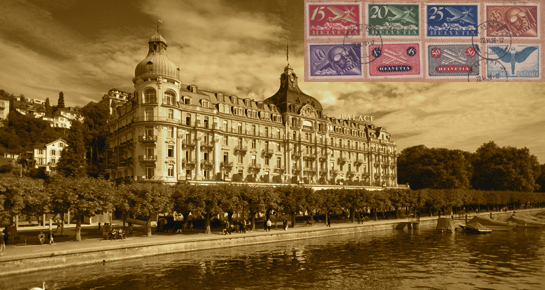 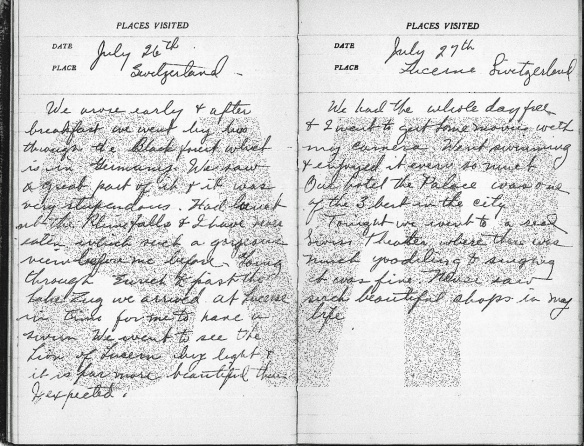 DID YOU KNOW?
[1] One of the longest-running traditional yodeling groups in Switzerland is the New Glarus Jodlerklub, which made its first appearance in August 1928 at Volksfest, a celebration of the country’s independence which is still held in the first weekend of August. The club’s counterpart was the New Glarus Maennerchor which was started in 1912 and sang four-part harmony of Swiss and German hymns and folksongs. For more information on the group, check out their official website (here).